skip to main | skip to sidebar

you may have noticed i haven't blogged in awhile. i guess i'm taking a break. you can follow me on twitter in the meantime if you like (squakk).

if you're tired of hearing about my iphone, you're not alone. a close friend (sam) has also picked up on my 'over-inflated sense of worth' and sent me this picture: 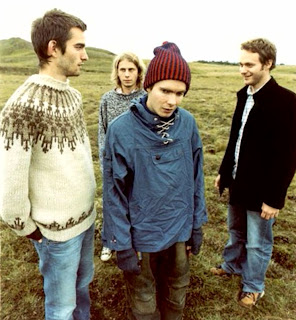 Sam and I are going to see Sigur Ros on September 25 and we have one
extra ticket we would love to sell ($150). If you want details, let me
know. It will be an amazing show!!!
Posted by squakk at 2:07 PM No comments: 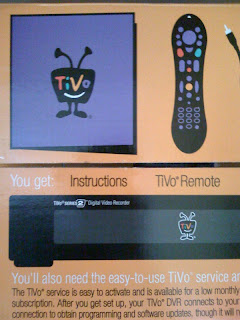 Let me know if you want any other details...

Posted by squakk at 2:02 PM No comments:

sam and i were chatting one day about how fun it would be to go to valleyfair during the week when no one else is there and sam suggested it would be like senior skip day. =)

so we invited a bunch of people, and some of them joined us (kat and scott, jeff and gene, michael and lori, jennifer and jeremy, carla and tom).

we only got a few pictures before we ditched the camera in the car. sam got a good one of me getting soaked on thunder canyon. you can check out all the pictures here.

i'd like to do senior skip day next year too. it was so much fun!!

Posted by squakk at 1:06 PM No comments:

sam and i went to seattle recently for work. it was my first time there.

i really like the city a lot- very beautiful, no shortage of great places to eat, sunny every day (apparently we were in the twilight zone).

here is a fun video sam found about 'serious pie', a really fantastic pizza place we will probably eat at every time we visit. here is a viewer of my pics:


we are going back for work on Sunday. then we're going to michigan to see my mom, my sister, and my niece and nephew. sam will get to meet them all. i'm pretty excited!!
Posted by squakk at 12:47 PM No comments:

i wanted to mention to all our friends out there that aaron got mugged. =(

he wasn't hurt, so that was a relief.

he was walking home from the grocery store when 3 kids jumped out of the bushes and pulled a gun on him. they took his wallet and his keys (damn them) and then, to add insult to insult, they swiped his chips and pop!

then they went to mcdonalds and spent $32. they may have tried to spend more but we had canceled the cards by then.

he stayed at our place that night and also a couple nights later as he was getting everything sorted out. at first he was just glad it was over, then it made him a little angry to think about it. to be honest, it made me VERY angry.

I remember when my radio was stolen out of my car and they mangled the dash to get it out. and i thought to myself- fine, okay, take the radio, but could you be considerate enough to leave my car in decent enough shape so that it doesn't look like crap?! seriously, be a little more considerate!!

of course, if they were 'considerate', they wouldn't have broken into my car. duh!

i thought this same way about aaron- WHY DID THEY HAVE TO STEAL HIS KEYS!?? jeez! they didn't try to get into his place. and how would they know what car his car key went to, so why take the stupid keys and force all the locks to get changed and copies to get made?!

anyway, i didn't think any of that until i knew he wasn't hurt. so glad he was okay...

it was pretty weird having him stay on the couch while sam and i slept upstairs.

also, we all hung out and chatted a little bit and that was pleasant enough, but still awkward of course.

ecminnesota.org (applause from the crowd)

the site tells you which pharmacy carries the morning-after pill, how much it costs there, what their hours are, and reminds you that even men (yes, men) can buy the pill over the counter.

BRAVO!!! this site is so overdue and so necessary!! 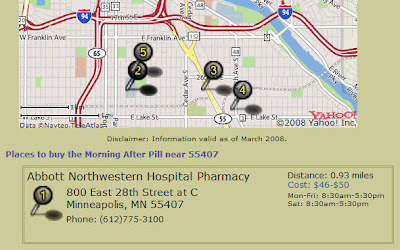 okay, seriously- i got an email from naral today telling me about this new site and i noticed an immediate emotional response- relief, excitement, happiness (even).

working at crisis connection and for my own self, i've noticed that it's never been easy for a girl to understand where, when, how this stuff is available, which is so counterintuitive to the reason it exists, don't you think?

well, there are a lot of forces that don't really want this sort of information to be found easily.

but way to go ecminnesota.org. i'm a little surprised at how strongly i feel about this. i've been meaning to blog about so many things lately, but when i saw this, i knew i had to stop what i was doing and blog NOW.

i'm so excited that this resource is available now and i'm planning to tell all my friends about it.

i just passed my pmp certification exam and i'm pretty excited. it was a tough one, and i'm so glad it's over.

i'll be doing a little celebration tonight- count on it!
Posted by squakk at 6:43 PM 3 comments: 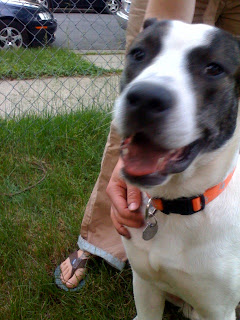 I met lindsey and nathan's new puppeh last night. Rufus is a dufus and
I love him. Yes, i said LOVE!!
Posted by squakk at 9:47 AM 1 comment: a friend's cabin- so peaceful Posted by squakk at 2:20 PM No comments:

stomp and other fine notes this is my kitty. she is silly.

stomp
sam, adam and i went to stomp last night. if you haven't seen them, you really should consider it. they are fantastic and very fun to watch. i laughed out loud (really loud) many many times. it was a great stress relief and so very much fun.

other fine notes
study time- i'm taking the pmp exam on monday. if i pass, i'll be certified as a project management professional, which brings with it a higher salary and all the fame and glory my little heart can handle.

wabasha b&b- sam and i are going to wabasha this weekend and i'm really looking forward to it. if things could just slow down in my life for 24 hours, i'd be happy, and i think a little B&B stay will accomplish that goal. we're staying at the anderson house, which has kitties that you can reserve to stay in your room with you. i just really love that idea, though since sam is allergic to kitties, i don't think we'll take them up on the offer. when we drove down to wabasha for easter, i thought the scenery was sooo beautiful, so i'm excited to see it all again with some green scattered in there.